The causes and consequences of forced migration and internal displacement.
​Detailed examples of two or more forced movements, to include environmental and political push factors, and consequences for people and places

1. Conflict-Induced - this is when people are forced to flee their homes because of armed conflict including civil war; generalised violence; and persecution on the grounds of nationality, race, religion, political opinion or social group. Examples would include refugee crises and internal displacement of people in Syria, Afghanistan, Iraq, Chechnya
2. Development-Induced - this is when people are forced to leave their homes because of policies and projects implemented to supposedly enhance ‘development’. Examples of this include large-scale infrastructure projects such as dams, roads, ports, airports; urban clearance initiatives; mining and deforestation; and the introduction of conservation parks/reserves and biosphere projects. Examples would include the displacement of indigenous people in rainforest area or of people in China as a result of the Three Gorges Dam.
3. Disaster-Induced - this is when people are forced to leave their homes as a result of natural disasters (floods, volcanoes, landslides, earthquakes), environmental change (deforestation, desertification, land degradation, global warming) and human-made disasters (industrial accidents, radioactivity).

Refugee
The United Nations defines a refugee as "someone who has been forced to flee his or her country because of persecution, war, or violence. A refugee has a well-founded fear of persecution for reasons of race, religion, nationality, political opinion or membership in a particular social group."

Use the resources below to complete a case study file on the political push factors which have led to the crisis of both displaced people and refugees from Syria. Use the doc below to structure your research. 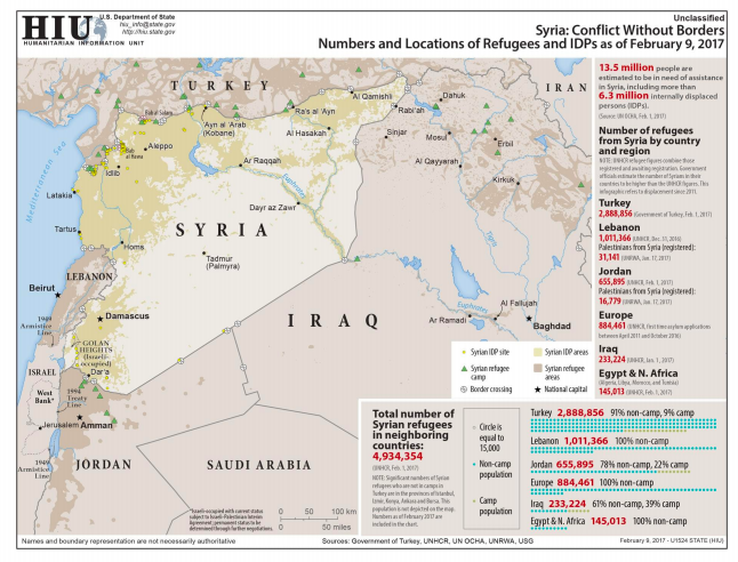 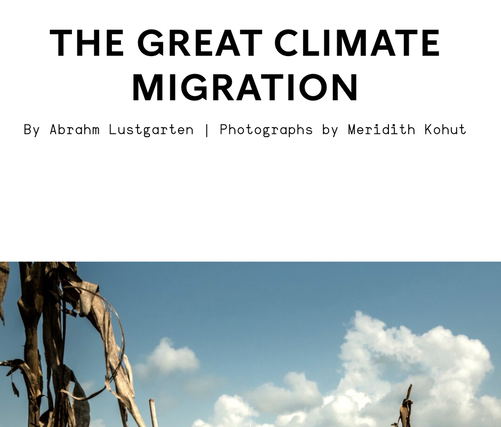 New York Times video report
Use the resources to examine the case of Kiribati (pronounced Kiribahs). Explore the following:

Location of Kiribati
Kiribati is one of the first countries at risk of becoming uninhabitable owing to climate change. Reasons for this include:
​​With most of its land only a few metres above sea level, Kiribati has already seen significant damage from storms and flooding. Some of the nation's uninhabited islets have already vanished.
Most of Kiribati's population of 112,000 people live on the atoll of Tarawa, where the capital  is located. The city of Tarawa is less than 3 meters above sea level. Kiribati's president has alerted the United Nations to the challenges the country faces from beach erosion, sea-level rise, and contamination of freshwater.
Rising sea surface temperatures pose an additional danger to Kiribati. Coral reefs—which are critical to sustaining atolls and their islands—are very sensitive even to small increases in ocean temperature, which can cause coral bleaching. 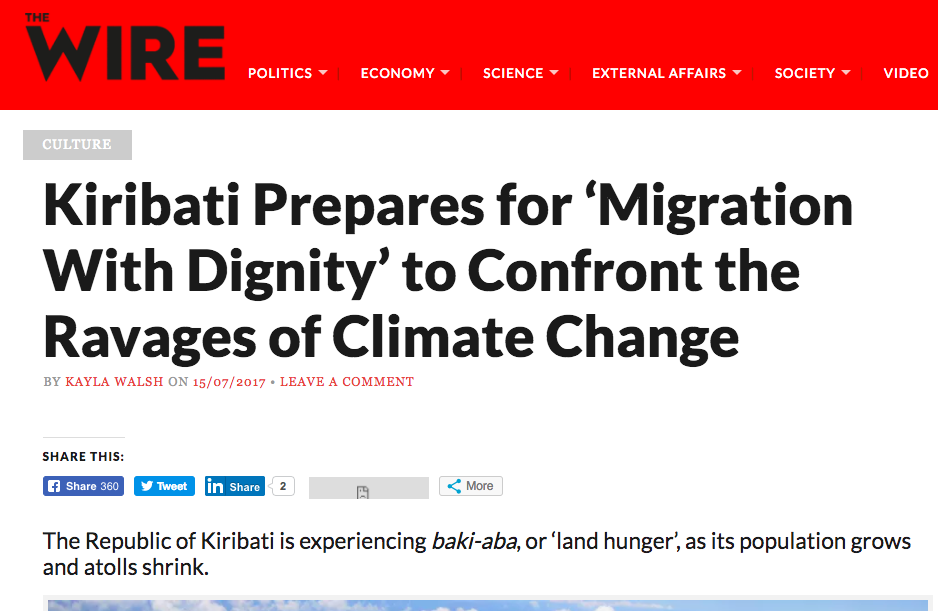 Kiribati has no internal migration option as there is no higher ground to move to. The country’s leaders have therefore attempted to develop new opportunities for its citizens to migrate abroad.
The ‘migration with dignity’ policy is part of Kiribati’s long-term nation-wide strategy. This aims to create opportunities for those who wish to migrate abroad now and in the near future. The goal is to develop expatriate communities in various receiving countries, such as Australia and New Zealand, so that they may support other migrants in the longer term, and also to enhance the opportunity for remittances to be sent back. The second part of the policy is to improve the levels of education and training in Kiribati. It is hoped that this training and education will provide opportunities to migrate abroad ‘with dignity’.

Check the student textbook for a great case study on Niger which fits with your previous work. Read carefully and complete question bank 2J.