The population structure of a country is how it is made up of people of different ages, and of males and females.
BBC Bitesize on Population Pyramids

Population pyramids for countries at different levels of development

Use the base sheet and the annotations in the table below to create your own annotated pyramids for HIC and LICs.
HIC and LIC pyramids base sheet for annotation
LICs/LEDCs/Developing Countries
This population pyramid is wide at the base, which means there are a large proportion of young people in the country. It tapers very quickly as you go up into the older age groups, and is narrow at the top. This shows that a very small proportion of people are elderly.This shape of pyramid is typical of an LIC, such as Kenya or Vietnam. 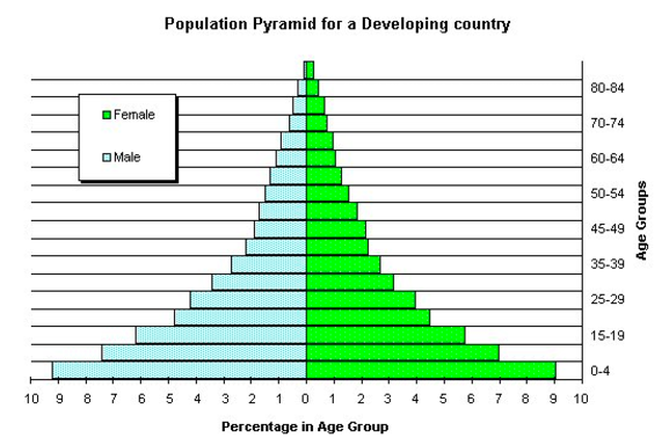 HICs/MEDCs/Developed Countries
​This shape is typical of a developed country. It is narrow at the base, wider in the middle, and stays quite wide until the very top, as there is a sizable percentage of older people. Note that there are more old women than men. Italy and Japan have population structures that are of this shape 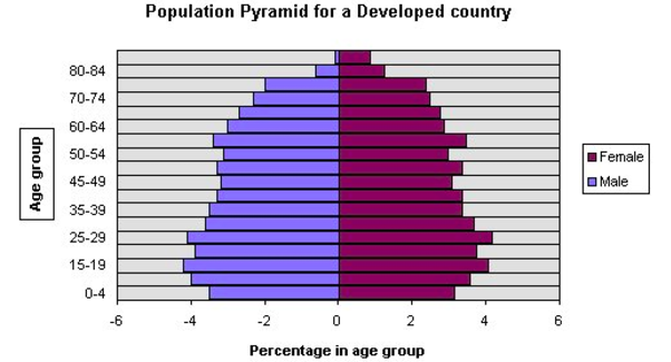 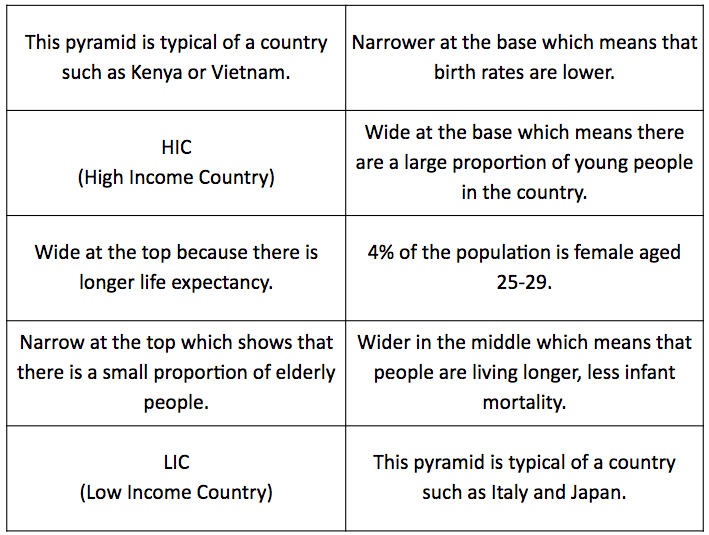 Population pyramids - research your own countries

Click on the image below to open a great website with population pyramids from all of the countries and regions of the world. 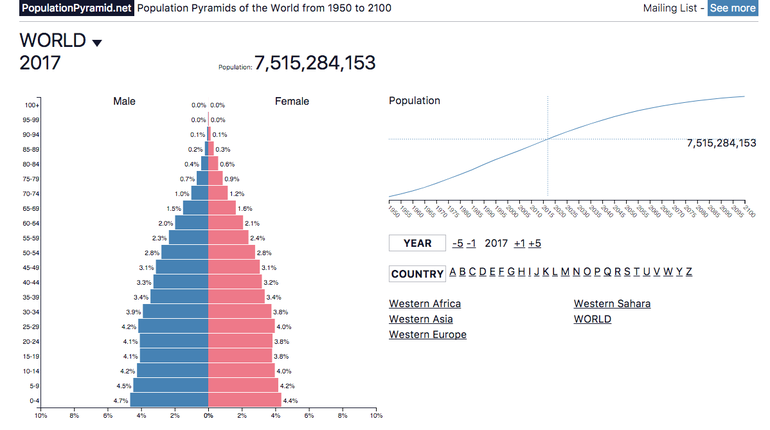 You have used other people's population pyramids; now the challenge is to create some of your own using Google Sheets! This is fairly straightforward but you will have to follow the instructions below VERY CAREFULLY!! You might find the video below useful as well. Watch it first...
First you will need some data. You can find this below but there are also some websites you can use to obtain this information. The best one is probably the US Census Bureau website here.

The data you will use has already been found for you! Click on the image below to open it in  Google Sheets. 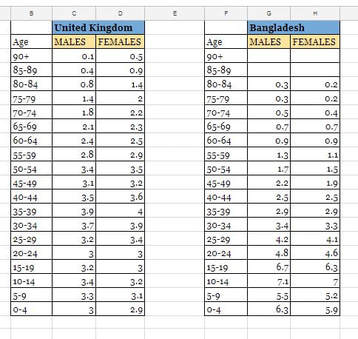 Now use Google Sheets to draw your pyramids...

Now you should have a basic population pyramid. The next steps are to make it perfect. Do all of the steps below. If you want, you can also change the colours and formatting of the pyramid to make it your own. You should end up with something that looks a bit like the ones below!

Once you are done, copy your pyramids into a Google Doc and describe and explain what they show!